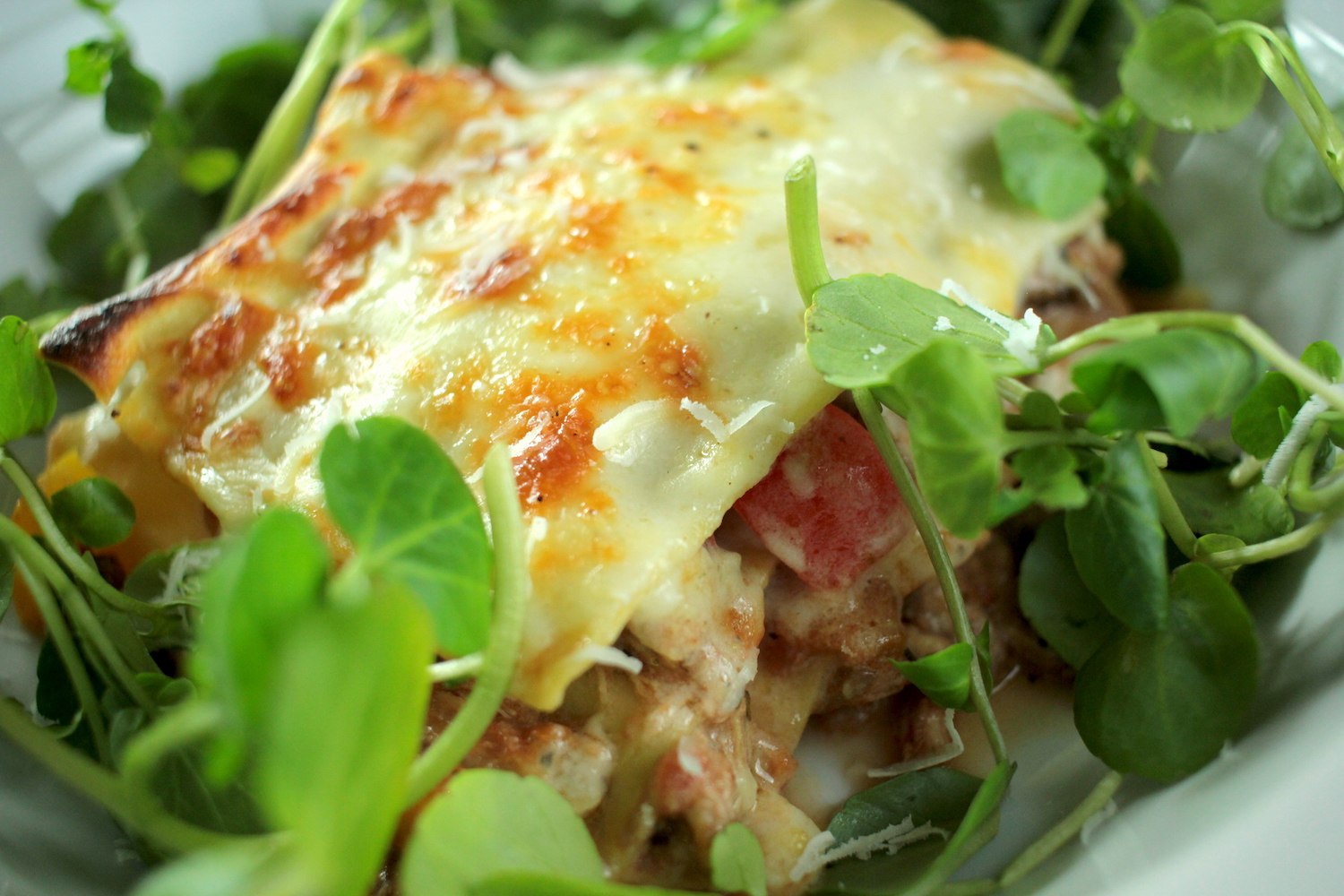 When my Dad gives us pheasant we normally have our meals planned, so it goes straight in the freezer. Pheasant is a great meat and as a child I grew up on it. It freezes really well and great to have in the winter months. When I lived at home we would always have it with stew.

It was Dean’s idea to do a lasagne using pheasant, I suggested to do a shepherd’s pie. As a child Dean would have shepherd’s pie a lot and never really liked it so I think it’s put him off. It’s something I really like so maybe next time we have pheasant I will try and convert him!

At first I wasn’t sure if a pheasant lasagne would work, but I’m pleased to say it was delicious. We decided to slow cook the pheasant to keep the meat tender, this worked really well with the pasta.


To add a bit of colour we surrounded the lasagne with watercress, it would also work well with rocket. 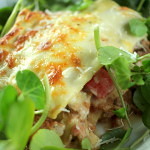