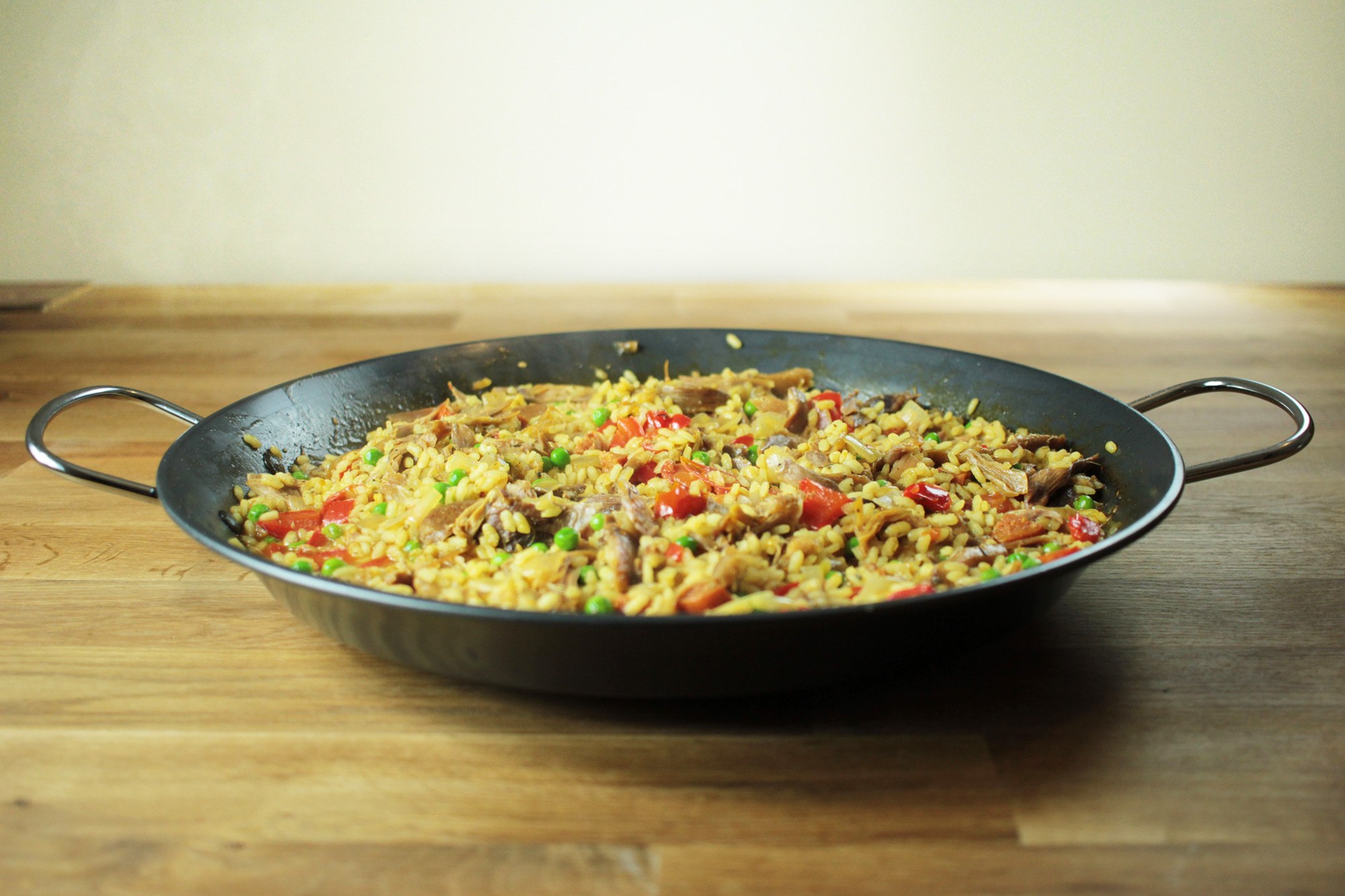 Paellas and risottos are some of our favourite meals, in fact the first dish I ever cooked for Lucy was a paella. I love the versatility of them and over the years we’ve experimented with many different flavours.

Lucy has grown up eating a lot of pheasant, usually supplied freshly shot from friends of the family. She’s always recalled the times where she would leave for work in the morning to be greeted by a bunch of pheasants hanging outside the front door! Nowadays we get various game supplied via her Dad, who very kindly prepares them for us too.

We decided to make a pheasant paella after trying an excellent rabbit one during our trip to Las Vegas last year. As pheasant legs in particular can have a reputation of going very dry if slightly overcooked, we decided to slow cook it to keep the meat as succulent as possible. Using this method had another advantage too as we used the slow cooking liquid to make the paella, giving it a really rich, gamey taste. 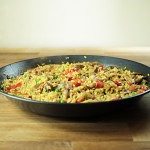 Tip:
Try using different game in your paella or even mixing game and seafood.